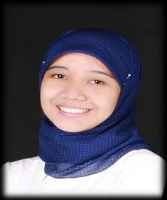 Technology changes the way of thinking, how people access information also influence the process to spread and share information in various media, including film, an art that plays images and screen technology. In the film, ‘movement’ is a changing position of an object. Accelerating technology constructed’ movement’ becomes an important keyword that needs to be presented in every communication channel. ‘Setan Jawa’ Film by Garin Nugroho with Gamelan Orchestra composed by Rahayu Supanggah, was released in Indonesia in 2016 in Jakarta and still scheduled to tour the world until 2020. Combines a variety of collaborative art, design, and technology—‘Setan Jawa’ creating a multi literated communication channel that has possibilities to become a medium society cultural education. In this film, ‘movement’ becomes a sign constructed by the creative transposition of narratives in various arts, including puppets. Using a case study approach and documentation analysis, referring to the results of Roger Long’s research (1979), this research aims to identify creative forms of puppet’s ‘movement’ transposition in the film ‘Setan Jawa’ as cultural identity, a finding that in the Industrial Era 4.0; through multiliteration digital, the process of cultural discourse to society could be done through a variety vehicle of signs.