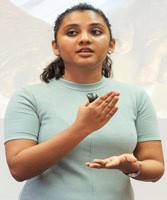 Leprosy is a chronic but curable disease that causes skin lesion and nerve damage. Leprosy in India stood eliminated as public health problem as the number of occurrence went down to one per ten thousand cases, but in 2017, it made a comeback and several new cases were detected. It’s easily the most misunderstood disease in India. Victims of Leprosy are constantly discriminated against, both socially and legally. There are as many as 119 laws that discriminate against people afflicted with leprosy. The general notion of the disease is still plagued by misconceptions people held before it was incurable. The purpose of conducting the study was to bring in forefront the situation of people suffering from leprosy and their families and the discrimination they face in day today life. This study was carried out by naturalistic observation of a Leper colony in India; additional secondary data has analysed to carry out this research. It’s been observed that the society is not educated about the disease and lack of awareness poses to be a major roadblock in ensuring them an equal status in the society. Through the course of this study, it was realised that, though, there have been few progressive steps, like repeal of Lepers Act, 1898 and amendments in certain discrimination personal laws, but India still has a long way to go to ensure them basic human rights through policy changes and, by sensitisation of public about the particulars of the disease.