OUR ANIMAL CONDITION AND SOCIAL CONSTRUCTION

OUR ANIMAL CONDITION AND SOCIAL CONSTRUCTION 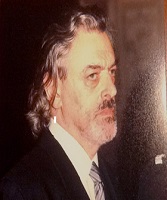 Our species biocultural origin has its roots in ancestral habits, behaviors and survival drive, through changing environmental conditions, and crystallized during millennia in basic neurobehavioral circuits, be it as predators or potential prey: we were not born in a mother-of-pearl cradle and protected by magic agents. Placed on the thread of time, modern cultural contexts –norms, priorities, values– appear as “newly born.” This bio-cultural interaction and “dystopia” carved our identity, genetic expression and the possible origin of beliefs, resulting in an arch of possible behaviors and cultural phenotypes.

This book offers evidence –as a way to acquire conscience– of evolutive grounds and socio-cultural ecology upon which our brain organization and behavioral constructs derived. Among those, shared basic behavioral drives with non-human primates. _e biological nature of our construction drags millenniums of species trials with variable rates of survival times.

Postindustrial societies became increasingly dependent on material consumerism and technological cultures to the point of “embraining” them, conceptually becoming technological hybrids. It represents a developmental “must” or an uncontrolled “spin-off” of human inventiveness, affecting our future? It ought to be taken conscience of, at the social and political level.

Construction of supernatural agents played a significant role in socialization/domestication processes. This imaginary universe, reinforced by ritual behaviors, contributed to control personal/collective distress of various possible origins, and conditioned our “degrees of emotional and cognitive freedom”.