GOBIR THE LAND OF TUG-OF-WAR: THE STUDY OF WARS, CONFLICTS AND PEACE IN THE GOBIR KINGDOM

Home » Creative » GOBIR THE LAND OF TUG-OF-WAR: THE STUDY OF WARS, CONFLICTS AND PEACE IN THE GOBIR KINGDOM

GOBIR THE LAND OF TUG-OF-WAR: THE STUDY OF WARS, CONFLICTS AND PEACE IN THE GOBIR KINGDOM 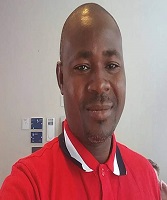 War, Conflict, and Peace are the common vital elements that built formidable forces, territorial expansion and by and large strengthen the survival of any Kingdoms, Empires, and Emirates not only in the primordial society but also to some large extend a key development of the modern state in particular. Gobir kingdom was among the mightiest Kingdoms that existed in the horn of Hausaland for 7th century AD besieges and staging wars and conflicts with the various powerful Kingdoms that include Azbin, Adar, Zamfara, Katsina as well as far-reaching to Gurma Kingdoms respectively. The Gobir Kingdom continued to flourish in various locations and sizes until the collapse of its capital Alkalawa in 1808 by the formidable forces of the Sokoto Jihad of 1804. Therefore the main central issues of discussion in this paper are Wars tactics and Military strategy, Conflicts, and Peace which dominate the whole state affairs of the Kingdom which the contemporary Gobirawa people are proud of the legendary legacy left behind by the Kingdom known as ‘Gobir the Land of tug-of-war’.