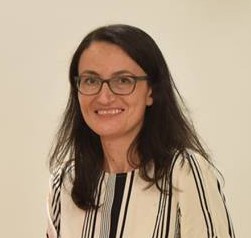 Leader of the project Internationalization of Doctoral Study Textile Science and Technology, Faculty of Textile Technology University of Zagreb, Croatia

The number of students enrolled in tertiary education outside their country has increased over the last decade. Among the advantages of studying abroad are cultural awareness, respect for diversity, improved communication in foreign languages, and often qualification to access better jobs. Additionally, declines in the costs of international travel also make it easier for students to study abroad. And we offer for foreign students (non-residents of the Republic of Croatia), Ph.D. scholarship during the academic years 2019./2020. and 2020./2021. Moreover, this project is co-financed by the European Union from the European Social Fund. So, why we enrolled only students from neighboring countries, and still have more than 10 scholarships to grant? OECD education indicators specify that Asian students account for more than half of all students studying abroad. Almost half of all foreign students were enrolled in one of the top five destinations for tertiary studies abroad: the United States, followed by the United Kingdom, Australia, then Germany and France. Croatia, let’s be honest, is still inadequately recognized in the field of education, although the University of Zagreb is celebrating its 350th anniversary this year. The insufficiently recognized reputation of a country’s higher education and of quality of its programs surely has an impact on our unallocated scholarships. English-speaking destinations are the most attractive, but we can position ourselves among the increasing number of non-English-speaking countries that have started to offer courses in English in order to overcome their linguistic disadvantage. To conclude: the doctoral study Textile Science and Technology is conducted in English, lasts for 3 years. Lectures are conducted face-to-face and/or on-line which means student doesn’t have to be in Croatia all the time. And we still have scholarships to grant.