THE SECOND INTIFADA AND THE ISRAELI-PALESTINIAN CONFLICT

Home » Creative » THE SECOND INTIFADA AND THE ISRAELI-PALESTINIAN CONFLICT

THE SECOND INTIFADA AND THE ISRAELI-PALESTINIAN CONFLICT 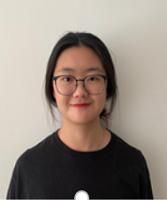 On September 28, 2000, Ariel Sharon, the leader of the Likud Party in Israel, made an unprecedented and controversial visit to the Temple Mount in Jerusalem along with approximately 1,000 Israeli police officers and soldiers. Moreover, he made several symbolic gestures in front of the Temple Mount. This series of defiant behaviors were regarded as outspoken against Palestinian control and directly evoked the anger of Palestinians, causing subsequent fights between the Israelis and the Palestinians, known as the Second Intifada. This event and the following Intifada showed that the world again had failed to make peace between Israel and Palestine after one hundred years of effort. The Second Intifada, however, was unique because it resulted in major changes in the relationships between Israel and the Palestinians.

In the following paper, I will examine the effects that the Second Intifada had upon the Israeli-Palestinian conflict by arguing that the intifada was caused by several different factors. After providing a brief overview of the Second Intifada, the present paper will contend that while Sharon’s actions stood as the catalysts behind the outbreak of renewed violence, it was ultimately the failures of past peace attempts aimed at addressing the occupation that formed the most significant discontent leading to the intifada. The multiple failures of resolving the conflict through peace efforts placed the occupation of the West Bank at the center of the conflict and led to increased confidence that violence was a viable solution to end the conflict. Finally, I will argue that behind the significance of Sharon’s actions stands the larger reality that a significant aspect of the conflict is the failure of both sides to decide how to share the holy city of Jerusalem. Ultimately, Sharon’s actions only showed that the question of how to share religious space would need to play an important role in future attempts to resolve the conflict.

Disclaimer: Any opinions and views expressed in this submission are the opinions and views of the person who has submitted the article, and are not the views of or endorsed by the Social Science and Humanities Research Association (SSHRA). The accuracy of the content should not be relied upon and should be independently verified with primary sources of information. The person submitting the article does not necessarily be the author of the article. The Social Science and Humanities Research Association (SSHRA) shall not be liable for any losses, actions, claims, proceedings, demands, costs, expenses, damages, and other liabilities whatsoever or howsoever caused arising directly or indirectly in connection with, about, or arising out of the use of the content. For any issues or any reporting, write an email to convener@eurasiaresearch.info