SWEDISH SUBURBS AS HETEROTOPIAS: FOR A MULTICULTURAL LITERATURE OF PLACES

Home » Creative » SWEDISH SUBURBS AS HETEROTOPIAS: FOR A MULTICULTURAL LITERATURE OF PLACES

SWEDISH SUBURBS AS HETEROTOPIAS: FOR A MULTICULTURAL LITERATURE OF PLACES 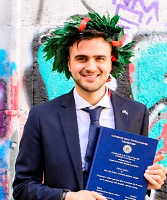 Ph.D. Candidate in Nordic Languages and Literatures at the Department of Literary, Linguistic and Comparative Studies, University of Naples L’Orientale, Naples, Italy

Studies on social specializations have become an important issue in contemporary multicultural Sweden, especially after the 70s, when the public housing project Miljonprogram (“Million Programme”) was completed (1974). Nowadays, Sweden’s population is composed of almost 30% of citizens with foreign backgrounds (Statistiska Centralbyrå 2017), who are mainly concentrated in Miljonprogram areas. These areas are now partly regarded as a political failure, given that they have become places of social and even racial segregation. A central cultural consequence of multiculturalism in Sweden is the success of the so-called Invandrarlitteratur (“immigrants’ literature”), mainly represented by second-generation authors.

In this article, I will try to provide a concise but exhaustive understanding of how this kind of literature can reshape the Miljonprogram areas and define what Sweden is today, presenting how these suburban spaces, through a chosen collection of three works, are narrated by immigrant authors not as sites, i.e. spaces as such, but rather as places, i.e. spaces whose meaning is provided by the (literary) subjectivities who live and act therein (Prieto 2013). By means of the Foucaultian concept of heterotopia (Foucault 2008) and its defining criteria, I will investigate how these works perform a total reassertion of space, emphasizing the space described as a result of a sensitive relationship between self and the external world, emerging from the chosen literary works, as rhizomatic spaces (Deleuze, Guattari 2011). This investigation is designed to reflect the importance of Swedish immigrants’ literature from three specific points of view: places, people, and feelings.

Disclaimer: Any opinions and views expressed in this submission are the opinions and views of the person who has submitted the article, and are not the views of or endorsed by the Social Science and Humanities Research Association (SSHRA). The accuracy of the content should not be relied upon and should be independently verified with primary sources of information. The person submitting the article does not necessarily be the author of the article. The Social Science and Humanities Research Association (SSHRA) shall not be liable for any losses, actions, claims, proceedings, demands, costs, expenses, damages, and other liabilities whatsoever or howsoever caused arising directly or indirectly in connection with, about, or arising out of the use of the content. For any issues or any reporting, write an email to convener@eurasiaresearch.info