THE SOUTH CHINA SEA DISPUTE: WHERE ARE WE NOW?

Home » Creative » THE SOUTH CHINA SEA DISPUTE: WHERE ARE WE NOW?

THE SOUTH CHINA SEA DISPUTE: WHERE ARE WE NOW? 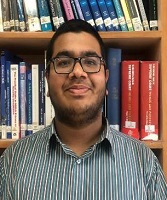 The South China Sea is a region located to the east of the Pacific Ocean, surrounded by China, Taiwan, Philippines, Brunei, Malaysia, and Vietnam. The South China Sea dispute is mainly a territorial dispute regarding the ownership of the two island chains of Spratly and Paracel and the surrounding sea area. The area under consideration is of great economic and trade importance. It also acts as a source for 6.5 million tons of fish per year and is estimated to house approximately 11 billion barrels of oil reserves and 190 trillion cubic feet of natural gas reserves in the South China Sea. These natural gas reserves are estimated to be much more than those of any other country in the region. The bountiful resources and huge amount of trade promise to be a very beneficial asset to any country, which controls the region or even a part of it. Currently, many nations in the region claim to be the rightful heirs to the South China Sea territory due to ancestral ownership and claim to have documental proof of their statements.

The most important aim of all the countries fighting over the South China Sea should not be to claim the major economic zones, but should fundamentally be to bring about security and peace within that area. They should ignore their economical needs and focus more on other topics such as overfishing, lifestyle on the coastal regions, preservation of marine resources, etc. peaceful atmosphere would promote prosperity and growth and it is only after such problems are solved, that countries should look up at the South sea for their gains and exclusive economic zones and need for oil and other resources.

Another proposed solution is the development of a legal code of conduct that all countries must abide by (like the UNCLOS) which should be monitored by a third party (such as the International Court of Justice).